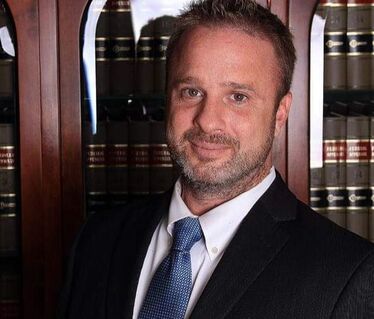 Steven Wyers graduated from Oklahoma State University in 2006 with a Bachelor’s Degree in Business Administration and Marketing. Prior to that, Steven served in the United States Marine Corps following high school and then worked in the consumer electronics industry before deciding to pursue a legal career. In 2010, Steven graduated from the University of Tulsa School of Law, where he focused on trial practice and strategy. While in law school he worked as a Licensed Legal Intern with the Tulsa County Public Defender’s Office, assisting in both criminal defense cases and also in representing children in abuse, neglect and adoption cases. He received his license to practice law in September of 2010 after passing the Oklahoma Bar Exam.

For the first several years after receiving his license, Steven focused primarily on Family and Criminal law. He has represented hundreds of clients in all types of family cases, including divorce, adoptions, guardianship, paternity and child custody cases. His criminal practice has included defending both misdemeanor and felony cases all over northeastern Oklahoma. He is experienced in both jury and non-jury trials as well as the appellate process.


In 2014, Steven expanded his practice to include probate, business litigation and personal injury. He has attained summary judgments, large settlements and jury awards in civil litigation cases. Estate planning, wills and trusts have become a growing part of his practice in response to client demand. In order to provide the best possible representation and services in so many areas, Steven limits the number of cases he takes on. His offices are in Broken Arrow and Mannford, Oklahoma, and he practices primarily in Tulsa, Creek, Rogers and Wagoner Counties. He is also licensed to practice in Texas.